Although there are hundreds of newer electronic music acts who wield heaviness and saturated sound as their primary weapons, AnD keeps finding bold new ways to separate themselves from the rank and file. The production duo of Andrew and Dimitri – conduits for the industrial music legacy of Manchester – excels at showing that aesthetic extremity does not have to equal monotony, and that it can be applied to any number of song forms.

Their new Electric Deluxe LP, Social Decay, is simultaneously one of their most overwhelming and most innovative efforts. This visceral new release comes from the same hazardous, blasted terrain that informs the work of kindred spirits like Kerridge, Oake, and Justin Broadrick’s many projects (Broadrick has incidentally remixed material from AnD’s previous LP). However, there is lots of room to maneuver within this landscape of constant tension, and AnD brings a diversity and story arc to their overloaded attack that distinguishes them from their peers. 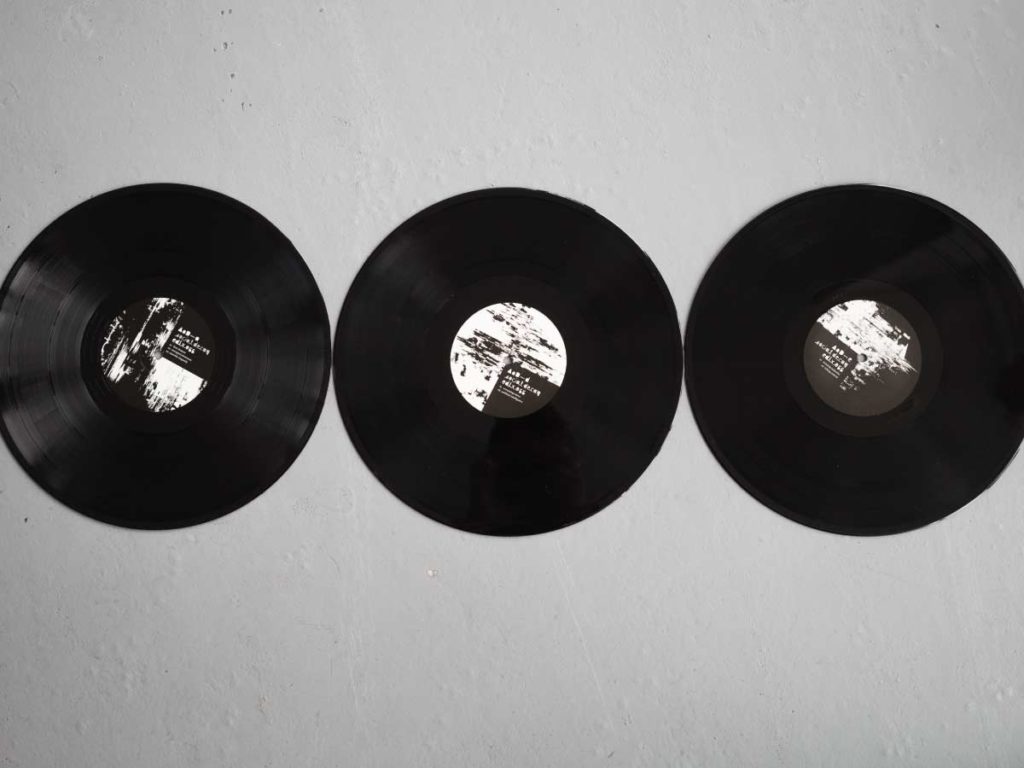 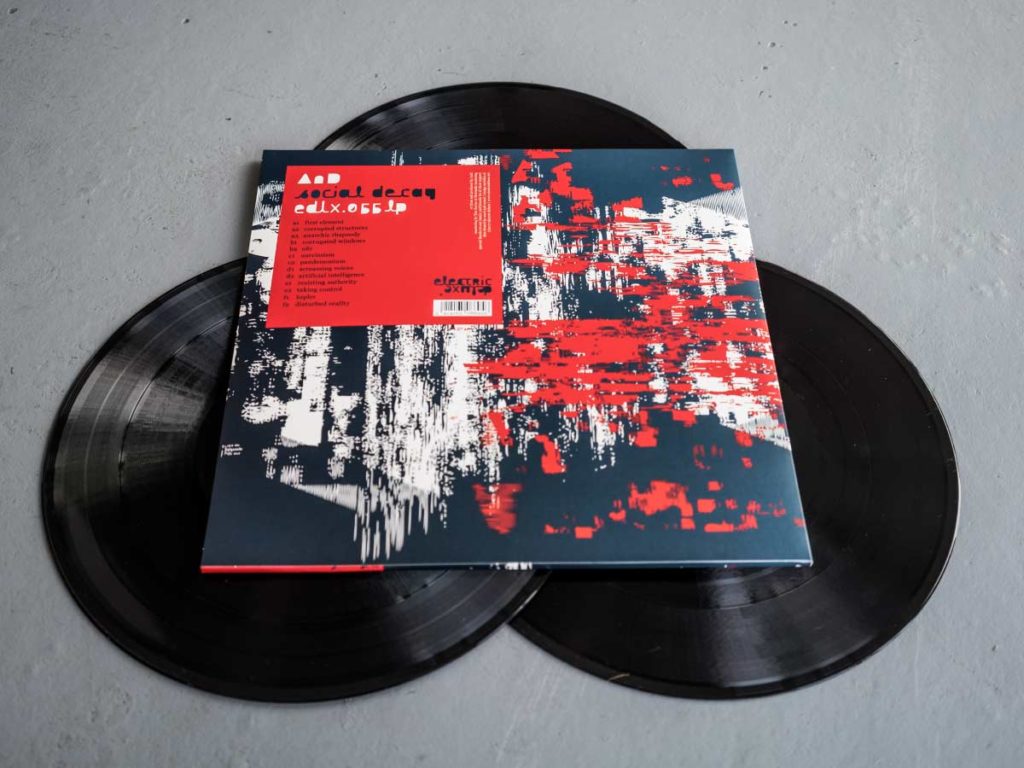 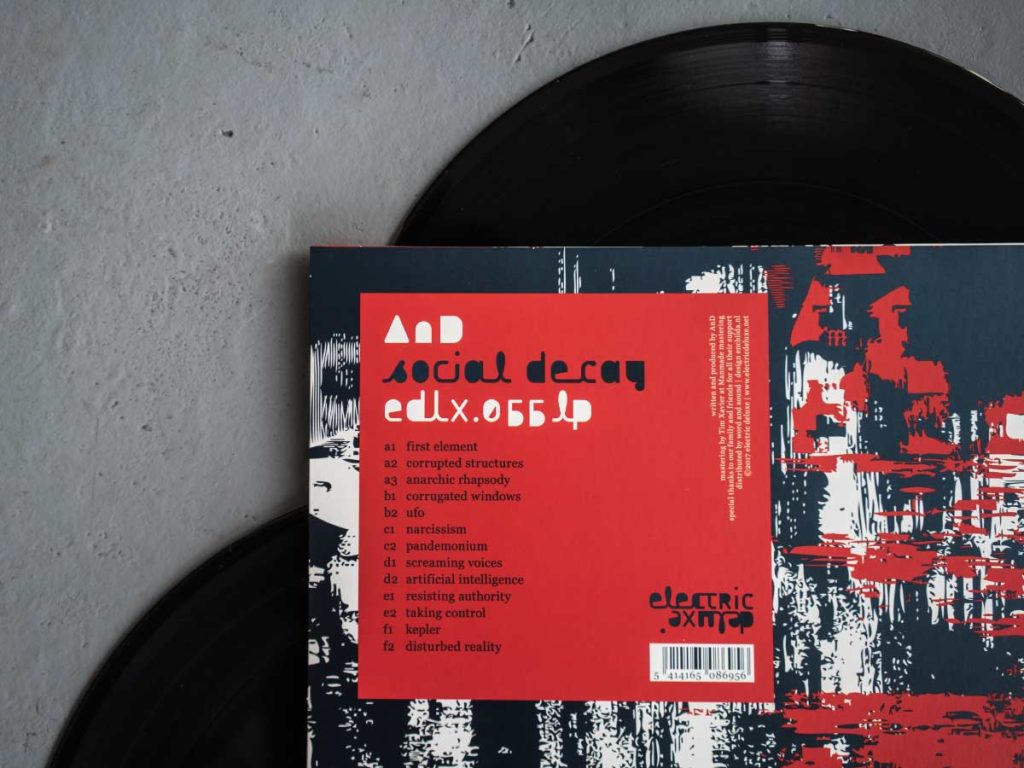 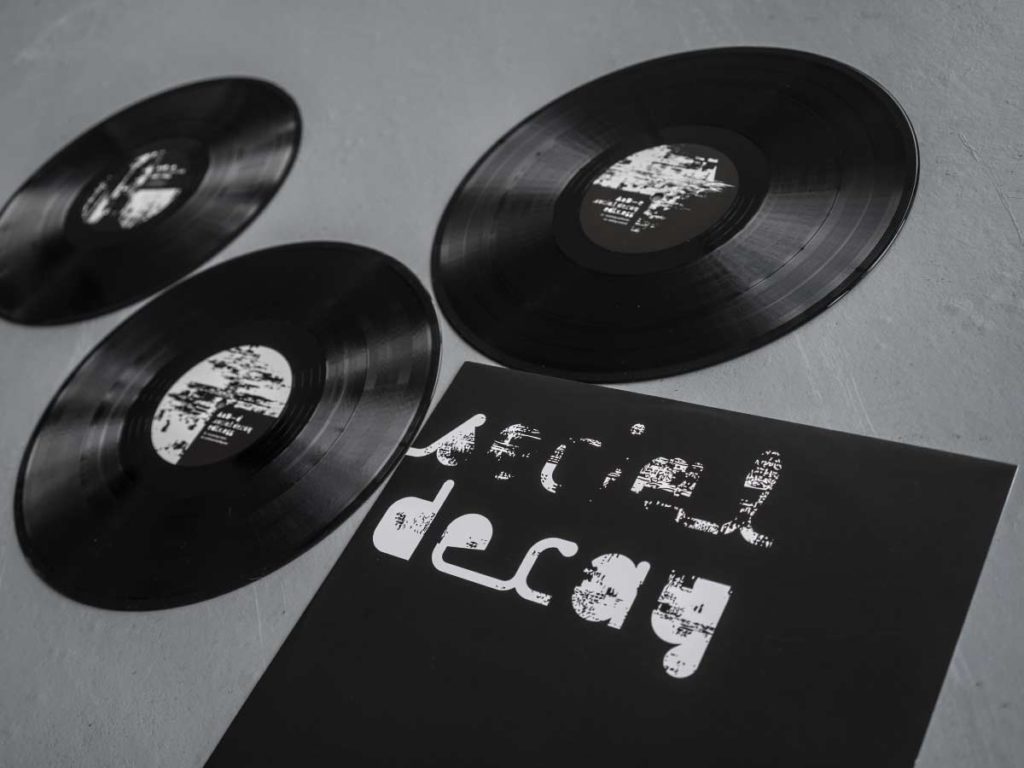 Beginning with a feedback-drenched, shuddering premonition of things to come (“The First Element”), each successive side of the album presents a new level of intensity, itself brought about by increasing levels of tempo and compositional coherence. The first suite of tracks, including “Corrupted Structures” and “Anarchic Rhapsody,” is pure industrial music comprised of multi-layered noise collage, venomous and half-comprehensible whisperings, and rhythm structures that compel listeners to maintain an obedient posture rather than to ecstatically hit the dancefloor. Without completely abandoning this atmosphere, the next four or five tracks flirt more heavily with hip-hop inflected beats and an unmistakable sense of hyper-urban vigilance. Window-rattling tracks such as “Pandemonium” come across like urban audio camouflage meant to defend its users against surveillance by shadowy and invasive entities, while “Screaming Voices” adds infectious EBM sequences to the mix.

Just as it seems like the duo is settling in to a groove, the mutant drum-and-bass rhythm and cinematic bombast of “Resisting Authority” strikes with explosive high-tempo energy. As carefully planned out as a well-choreographed, climactic sequence from a Hong Kong action thriller, this is one place where AnD’s dedication to narrative really shines through. “Taking Control” and “Kepler” provide the effective after-shocks to this number, while “Disturbed Reality” closes out the album in an unexpected sense. While many would rely on a reflective, ambient ‘outro’ to help fade listeners back into reality, AnD just keep continuing to deliver the crunching beats and looped warning cries, maybe hinting at the fact that reality is not far removed at all from this record’s representation of it.