Electric Deluxe are proud to announce Works, the ninth studio album from dub techno purveyor Brendon Moeller. Conceived in late 2010 and inchoately developed during a spell in Amsterdam with EDLX head Jochem Paap overseeing the project, Works flaunts Moeller at the height of danceabilty whilst remaining true to his steeped lineage as a maker of textured, atmospheric and subaqueous electronic music.

“I began thinking hard about what kind of album I was trying to make. After much pondering I decided the best way forward would be to make an album that reflects both my own idiosyncrasies as well as try and capture what I believe to be the spirit of techno.”

After the experimental Subterranean—a near beatless record comprised from a single live mixdown of sounds collated over the course of a year—under his Echologist moniker, Works shifts focus back to the dance floor with a collection of propulsive techno tracks, saturated with the visceral groove that has come to define Moeller’s discography. From the submerged and spacious “Writing Wrongs” and bleepy, strung-out antics of “Far Out” to the house-kissed “Take A Dive Into The Sound” and darker, chugging cuts that close Works, the album pools together the threads of a prolific production history, spanning almost two decades, into a single succinct long player.

“It was the final stages of putting together the album where I went into a sort of manic obsessive behavior. I knew the clock was ticking and I desperately wanted to be sure that every track, every mix of every track was as good as it could be. Jochem’s feedback and tactful suggestions helped shape these tracks into what they are now. I’m super proud of these and simply cannot wait to hear them on different sound systems all over the world.”

With a particular nod to his other Beat Pharmacy alias—affiliated exclusively with Francois K’s Deep Space Media label and New York party— Moeller’s expansive output has fused dub and techno with jazz, afrobeat and psychedelic pastiches to carry on as much as refashion Basic Channel heritage into his own distinctive patois. But what makes Works a truly unique product of his is Paap’s influence over the record. “Off The Grid”, “Wanderer” and “Adjust To The Fading Light” are as some of the toughest bass-driven efforts from Moeller to date, balancing some of the album’s brighter tracks like “In Pursuit” with techno’s pounding industrial heartbeat. The result is an eclectic imagining of the genre—showing the many sides and emotions of techno, and Moeller himself. 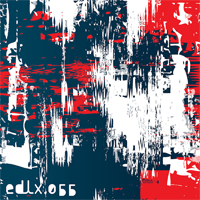