At just 24 years old, the Paisley man and self-proclaimed techno obsessive has already amassed an impressive amount of records for several formidable labels including Perc Trax, Synewave and 8 Sided Dice. Hans—real name Stephen Gorrie—started out like most music fanatics: promoting his own parties and DJing in his hometown. Production naturally ensued and in 2008 Sleaze the label was born. Today Gorrie’s humble enterprise has flourished into an established and globetrotting empire, complete with mastering and booking agency and sibling label, Smut. Erstwhile Gorrie’s own works over the years have been garnering interest from some of the scene’s biggest players.

For Electric Deluxe Hans Bouffmyhre turns in three pieces of deep and driving techno, taking his minimalistic tendencies down much darker, surging trajectories. Amply titled lead track “Hypnosis” roves over a pounding kick drum and classic ride sample that has already been whipping floors into a frenzy. Here both the beat and its beatless swirling counterpart have been supplied as tools for the digital DJs to get creative with. “Planetoid” is even more ominous—a veritably evil techno serpent, coiled and rattling, ready to strike. “Therapy” concludes in a “straight up, no nonsense” fashion, says Gorrie—and we are more than inclined to agree. This one’s for the first-pumpers. 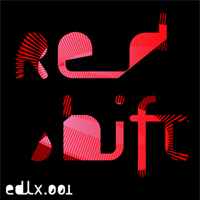