Since relocating to New York from South Africa, Moeller has spent the last twenty years cultivating his dub techno legacy. As Beat Pharmacy and Echologist he has employed jazz, afrobeat and psychedelic semblances to redefine Basic Channel foundations, whilst producing a stockpile of records under his own name for labels like Echocord, Mule and Third Ear Recordings. In 2009 Moeller launched Steadfast, which has continued to be a platform for his more diverse projects—including the deep house collaboration with Chicago-based Area, as Lightness, and his last Echologist album, ‘Subterranean’.

Taken from ‘Works’ scheduled for release in April 2012 —Moeller’s idiosyncratic reflection upon “the spirit of techno”—“Wanderer” nods to the genre’s dark and industrial side, whilst it’s crashing hats and surging bass allude to Berlin and the artist’s fomented Berghain affiliation. Growling, guttural strata and robotic peals further cement it as one of Moeller’s more dystopian creations and most driving effort to date. Jonas Kopp toughens “Wanderer” into one of his signature marching workouts, sliced with urgent stabs. Tommy Four Seven on the other hand picks up the track’s shimmering melody—at the fore in its pre-mastered state, made available here in digital form—and tousles it with his distinctive bone-crushing beatwork and crunchy, field-generated padding.

The ‘Wanderer EP’ will also be released on vinyl in an exclusive package with the album. The second EP from the album should be out end of March.

Look out for more info on Brendon’s Fix A Track project where he will be taking submissions and working on tracks from producers worldwide, the idea is Brendon will pick a track to fix/finish from the submissions, the final project will be released as a free tutorial style video showcasing Brendon’s work on the selected track he picks to work on. Submissions will be made through a soundcloud dropbox, more info to follow soon keep an eye on Resident Advisor news for the competition start date and release. 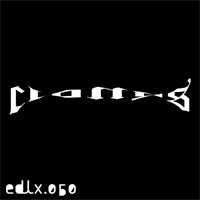