Back Pack Poets bumped into each other by coincidence while touring in America. Because of the bad weather their flights got diverted to Alaska where the three of them got stranded.

All hotels were booked by other passengers in the same situation. Instead of hanging around the overcrowded airport they decided to hit an irish pub to get away from the chaos. After a few rounds of Jack Daniels to ease the sorrow of the situation the three comrades had found themselves in, inspiration struck…..

They whipped out a deck of cards and their laptops and set out to create some music on the fly, to vent their frustration. T. was the first to pull an ace so he got the first go. G. and J. could only watch in awe at what he managed to bring to the table. feeling inspired they could only watch T. awaiting their turn. What happened next was a manic game of bouncing ideas, pulling cards, taking turns at throwing in ideas, drinking, drinking more, and drinking more. Miraculously, they had started three monster tracks in 3 hours, but as the time slipped away on went the game which got more intense and violent.

Lack of sleep, too much alcohol and frustration started to take it’s toll and caused the game to end up in a bar fight between the three freinds, resulting in laptops flying across the pub, lots of bruises and a night in the airport prison. Luckily, G. managed to upload the files to his usb stick just before things got really bad, and this ep is what was salvaged from their adventure.

They haven’t spoke to each other since. but Electric Deluxe decided to release it anyway 😉 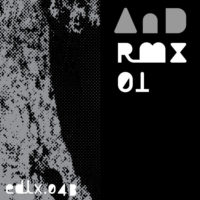